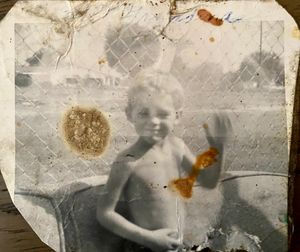 "The first thing that happened was when I was about seven years old is I didn’t like how I felt and was on the search for anything that would improve the way I felt. By age five I found a cigarette in the alley and a box of matches and smoked tobacco for the first time, and it was on.

By age nine was the first time I smoked a joint. In them days you would purchase a cigarette for a quarter. I found a half of a joint on the street, headed for the bushes, and smoked that until it was gone and that was the second sign I found that improved the way I felt.

After that I came about finding reds and whites; benzedrine, dexedrine, methedrine - uppers and downers, pills and decided to try those. By age ten I checked out any liquor they had at any store I could steal from, red ripple wine and tequila were my favorites. 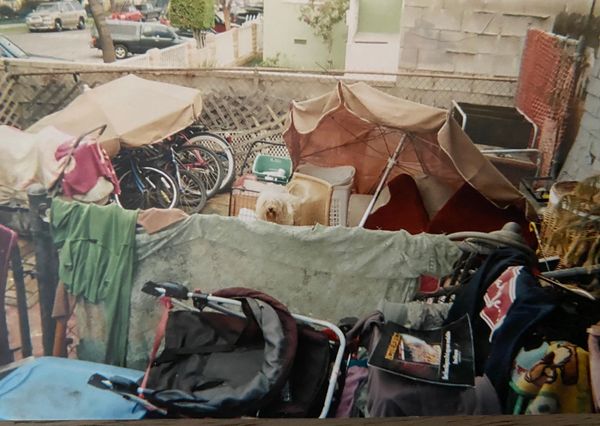 The neighborhood we lived in was just that, a row of duplexes and apartments with a few small houses here and there. From the outside, ours was a two bedroom duplex that we lived in but on the inside cluttered and crowded was our sense of home. The layout had a den between the kitchen and the living room next two the two small bedrooms where all areas would be blocked off for more rooms, even the kitchen, for friends and other people, or other kids there, maybe fifteen or twenty Bell Gardens white boys would be around there around the clock living in every square inch of the house all the time which was good news as far as I was concerned giving me an advantage towards how to live like an adult, though by then I was only twelve.

The room I would stay in there had a bunk bed for me and my two other brothers and some of the neighborhood kids who needed places to sleep. I would make most of the meals myself for the rest of family and people there because I seemed good at making the eggs and my mom was a homebody lady who spent most of her time as an overseer for the several families and kids all around the neighborhood that were crammed inside our home so I helped when I could. 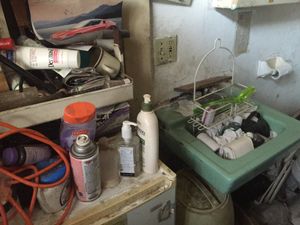 From the earliest I could remember there were cockroaches, rats, and trash piling to the ceiling while outside my dad and his friend tried to work on several automobiles at once in our driveway for a time to make money, so see, there was not room for much but it didn’t really bother me any. There would be green trash dumpsters down the alley where my brothers and I would take the trash out when we weren’t smoking and playing cards out back. Pretty soon this would become my main chore along with cooking for the lot of the mouths on the premise, and managing the numerous cats and rodents that hung around. I once even saved a little duck. He was my special friend until the cockroaches got too much and when I tried to get them gone by spraying them with raid, I lost my favorite duck friend too. That was real sad. I didn’t use raid anymore. As for rats, yeah the whole house was full of them, but I didn’t mind, I felt like I was raising them anyway. 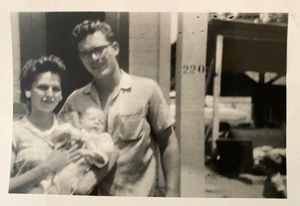 Once my mom invited a second whole family to live with us to share in our small space and the financial responsibility, this would be the first experience I had with architecture and design when I found myself dividing up the small space splitting each rooms into twos or threes with sheets and blankets for walls so for everyone could fit inside. If I could of finished school outside of later getting a GED during one of my times prison, I know next to being a guitar player, I would of been an architect. I always loved looking at those New York and Chicago Buildings in the books they had in their libraries. Building those would be something.

Throughout the day around the clock, and believe me I didn’t care what time it was, in order for me and my brothers to get food and money and drugs we would go around and about stealing whatever we could find and swiping pop bottles that back then were of value to trade in for cash. Once a week we’d have our big hit when a swap-meet would open where we could steal bicycles to sell for more money to live on. Another thing we would do is find newspaper dispenser machines that at the time cost a quarter for a newspaper and we would stick bubble gum on the on a popsicle stick then slide it between the metal plate so it could get at the quarter other people previously spent to buy their paper. It was kind of like slot gambling and pretty fun actually.

My oldest brother Jimmy, and two closest friends at the time Earl Simmons and Butchy Williams started a crew with some of the other neighborhoods boys and banned together for survival. Though I was only ten at the time, the youngest member, I was proud to be part of the gang and proud to call them family for their protection and guidance to prosper together. Stealing became our means to gain stability out of the otherwise poverty we were born into. The money ultimately was was used to buy as many drugs and alcohol bottles as we could get which became my favorite past time to escape to.

You gotta realize, I lived around and about twenty five to thirty adults when I was ten to twelve years old and every one of them were drunks, drug addicts, pool players, rode motorcycles, bet on horses, and were gamblers. They were the normal people that I would know of since day one. To me following in their footsteps and joining them in drinking, drugs, gambling, and adventures was exactly the thing to do.

Even from the early age of 9, I found school to be a complete waste of time and completely boring so I would ditch and head to the railroad tracks to drink red ripple wine and try the reds and whites I had bought with my older brothers. The adventure of stealing and ditching were not only exciting to me but moreover a means to an end and an escape from the otherwise dull or overcrowded world I knew. 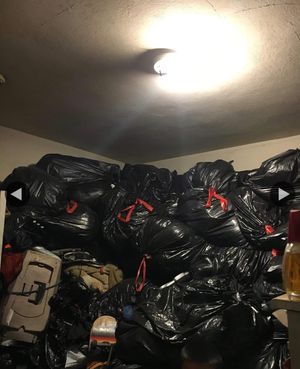 As I started to ditch more and increase my drug interest, by now at age 11, I got caught by the truancy officer at my elementary school when he followed me skipping school through the alley where he saw me steal a basket of pop bottles. He came to me at my house with the Bell Gardens police, pushed into my room and saw liquor bottles and trash all over the floor, which lead to the search in my pockets where they found an enormous amount of drugs and said to me for the first time but definitely not for the last, “you are being placed under arrest.”

There were three charges. The first: possession of drugs - marijuana, seconal, and benzedrine, the second: possession of stolen property due to the stolen bicycle I had in my room along with the two shopping carts of pop bottles there that they knew I had stolen from down the alley earlier that day, which is how they caught me following me home, and the third charge: truancy, having ditched school seven times, two over there limit getting me ten hard swats on the ass with a wooden paddle by the principal, which for me by now was an all to regular past time at school to begin with, and then they kicked me out of school for the rest of the semester which I wasn’t bothered at all by, but what I didn’t release was, instead, I was being taken to Juvenile Hall for my first of many more times to come.

With my parents growing disdain for one another and deep struggle for money and food, their arguing pursued as a regular past time between them. It was anything we could do outdoors to enjoy life they way we wanted to. It was also during this period that I started going in and out of foster homes and juvenile halls regularly for the correctional efforts the city authorities tried to instill to no avail. For my older brothers being in and out of group homes, juvenile halls, and work camps was they same for them as well and for all the same reasons but the counselors would bring them to visit me in the TMV unit in Central Juvenile Hall to visit me where I was so I always had a sense of family near.

Though my mother had her ups and downs, she always for my whole life would do her best to support me the ways she knew how, sending me packages when I needed them, and by twelve years of age, bringing me both a guitar and a chess set to learn in one of the four Juvenile Halls I was moved around in to help me pass the time.  Once I had a guitar and the game of chess to play the other kids wouldn’t beat me up as much. I struggled with being locked in our rooms throughout the nights without access to the hallway bathrooms and would still get into trouble for wetting the bed, but I always had my guitar and I always had the past grandmasters of chess to play games from the books that kept me company, taught me the game with the books written about them, and safe from the outside world. 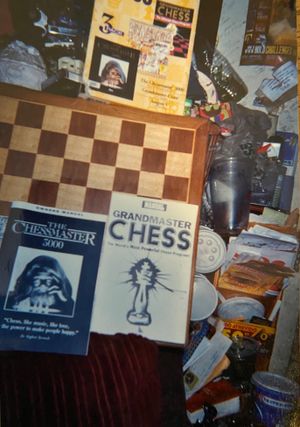 It was also during these years when I would be released either for good behavior or for time served starting at about age eleven, that I would find for the first time what it was like to make out with girls. I was a little young kid who knew damn well what it was like to lay around with naked ladies alright. Any age, my brothers would set it up or they would come find me in my chosen hiding places. This would also set the stage for the later years in my life with the many women I would come to know briefly while my main love most often later would become heroin herself.”

It was also around this time, that my birth father Don’s parents argued day and night about anything and everything, money, instability, space, among the several other issues, they simply started to fall out and so she started to mess around with a new man. Both the financial hardships their marriage was to create and the lack of connection between them put his father, my paternal birth grandfather, into such a mental rage that he would check himself into Metro Mental Hospital for the first time that summer, but it would hardly be the last. Throughout the next twenty plus years don’s father never quite came back from his mental breakdown and the red crisis squad car would become a frequent means of transportation to and from the mental hospital, the first trip also being the one that would set forth the motion of his next relationship upon meeting my soon to become birth mother, Mary-Lou Morantz.

VI. MY BIRTH MOTHER MARY LOU THE FINE ARTIST, AND FROM WHERE SHE CAME
All the way across town on the ‘finer’ side of life lived a young pretty woman with high desires to become an interior designer.
Her name was Mary Lou. With fine art as her ....
https://jennialpert.com/blogs/lineage-from-the-beginning/posts/my-birth-mother-mary-lou-the-fine-artist-and-from-where-she-came