Belt of Tools (for the house of sane) 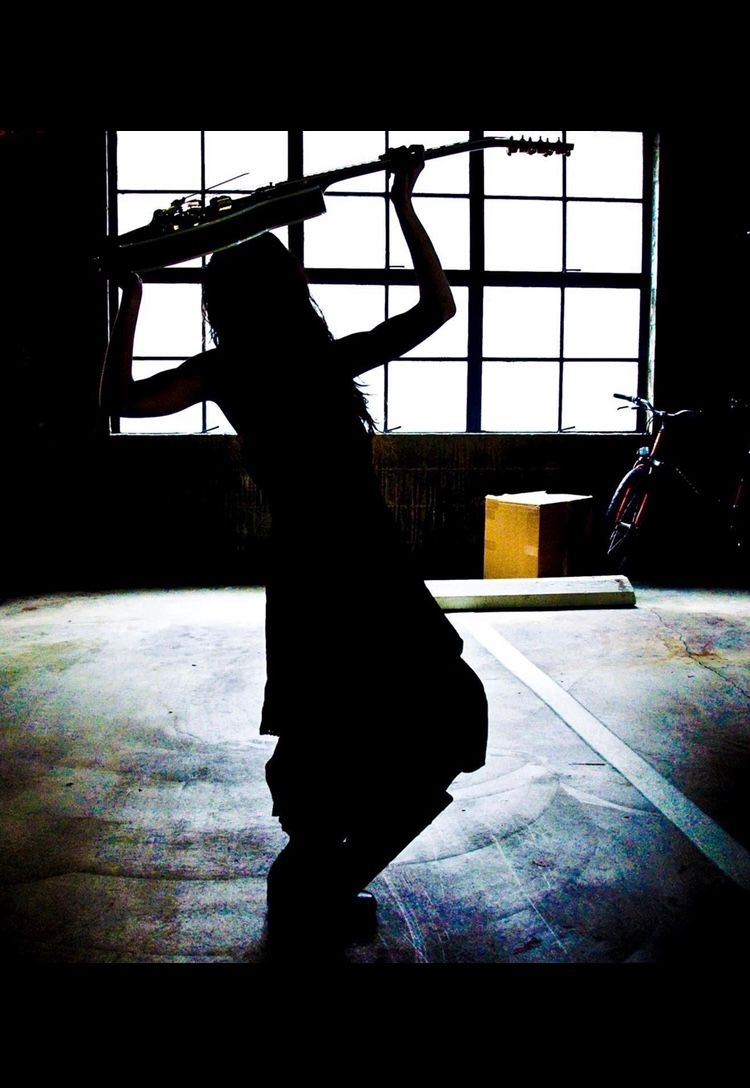 By now I’d been through so much therapy and to about every which kind there was out there, so it seemed, that I could almost claim the hours spent for my own possible mental health professional career if I had wanted one. That is, if that could of even been done. I’d be the first to tell you that I’ve tried every mental health term on. Did I border the line? Certainly Adhd, Could it be spectrum? Aspergers subtlety? Perhaps just anxiety?  I didn’t have answers but I related to each of the distinctions every time I would have a great falling out. There started to be quite a cabinet of files. Turns out a definition didn’t matter much, for it’s all in the awareness, curbing, and management of the behavior that is you, and that’s a commitment for a lifetime. I’d finally reached a comfort level with having faced and accepted so much from all the lifelines connected to me that seemed to inform me. At least I had gained a plethora of life skills, knowledge, and tools though, time well spent, time not wasted, and I was ready to change my life.

After having imagined myself as every race, every ethnicity, and every mental health frame relating to my dispositions to discover where I may of come from, I grew tiresome of focusing anymore on my adopted self and began to look outward instead. And low and behold, being defined in a box does not always serve us. Nonetheless, in order to reach understanding and connection, the inner discovery towards self aided me well and helped me to develop my tool belt for life that held knowledge and experience to use when I fell. This could be used for any situation that may come up for me and I would later begin to show others when to pull each tool out to get through anything. This tool belt was best used for what I would define as the Mental Wellness Spectrum, and the reward of response when each tool was used inspired more ideas of creative solution solving approaches to manage and work alongside it. Wherever one may fall in the spectrum on any given day, could in fact use a process of preferred approach with creativity leading the way.

As it turned out, these concepts I’d mind map on my walls during the middle of the night were about to become part of my life’s work.

In 2011, a friend of mine from Mexico got arrested while in a domestic fight here in the US and sadly he was convicted of more than one felony due to being here without papers. To support him through the loss of his freedom and soon the larger loss of ever obtaining status in this country, I took it upon myself to visit the Los Angeles DA to try and help his case with a lesser sentence. Eventually, when that proved not to be enough for the crime of staying here illegally, I sent him books and letters and visited him in prison for a year before he was deported back to his country. His situation inspired me to write a transitional assimilation program using tools from my belt woven with the fine arts for the men’s correctional facility in downtown LA, and to my surprise the Los Angeles police department accepted my outline, walked me through the jail to see all that was there, and to show me where the program would be implemented when someone could volunteer to provide it.

Though I had already spent a lot of time in downtown LA volunteering, performing, and devising programs of progression on life skills and social integration for the Downtown Women’s Center for the homeless, already familiar with the area, this was my first birds eye view inside the California Prison and Jail facilities, which unbeknownst to me would be one of the few insightful life experiences that ultimately prepared me for soon meeting my birth father.

The second collection of insights would be discovered from a personal bad choice I had made, a mistake in which panic had again taken over and ended up leading my way.

In 2012, while at a hotel bar on what I thought was a meeting for music, after several drinks - more than my body could handle, it started to seem that things were beginning to take a dark and suggestive turn. As a red flag went up despite how drunk I was, I ran from wherever that night might of taken me, yelled for the valet and demanded my keys jumped into my car and fled from the scene.

Driving wasted is a terrible thing and it’s lucky I didn’t hurt anybody. And when I saw the red and blue lights flashing behind me as the black and white pulled me over, it was in that moment when everything clicked slow motion into place, it was as if almost extremely familiar and something I’d already faced.

For some reason, I just knew deep inside this was supposed to be happening and soon enough I would find a whole new path in life was about to unfold for me. I wasn’t an addict or even a user interested in drugs, I wasn’t an alcoholic or much of a drinker but sometimes my frontal lobe seemed like it was. Yet, the most profound of lessons come when we least expect them.

That summer was really insightful and taught me a lot. I learned to identify feelings and to accept the things I cannot change. I came to discover where all the AA meetings were in the city and how to manage panic with what I now call protective brain pause. I learned of the laws and more on the court system too, so when I would finally find my birth father homeless, using, and running from the law, all these life experiences I had in my tool belt guided me what to do.

Add to that summer my private time spent working with unique learners as a tutor on the side, often with students with learning challenges or on the spectrum of autism. Inspired by this I spent lots of pastime studying the brain and personal responses to creative solution solving suggestions I would provide. In fact of my tutor students in particular had responded quite well to an idea I tried. He struggled too much with anxiety when required to write long papers on a computer being that he couldn’t see the pages that he wasn’t working on and his brain would get jumbled and freeze. So I came up with an idea I called the Rainbow Box Theory to help him see. The idea was to take the number of shoe boxes that matched the number of paragraphs and lay them out all across the floor, having him color code each part of the paper infrastructure so he could write some more; topic sentences - red, transitions - orange, important phrases - highlighted yellow, paraphrasing - green, quotes - blue, explanations - purple etc. He was then directed to drop his ideas into each box whenever they were to come to his mind, actively placing the different written sections into the boxes where they belongs avoiding brain stops. He was finally able to write out of order creating works of rainbow in each one later pasted together from pieces.

To my amazement personalized solution solving suggestions per each unique situation worked towards positive results.

Paralleling my both my creative and professional lives, this process to success also became the inspiration for the title of my first music album Pieces which sonically engulfed the process of arriving at self by collecting and putting together the many pieces of our lives.

Now, with all of these creative approaches stacked in my belt of tools, looking back, perhaps I was subconsciously preparing myself for if I was to finally find my birth father. For somewhere high on a shelf in my closet for all those years sat a file of me with court documents I had been holding onto since after my mother’s death. Inside was a list of information and stories that I hadn’t fully processed yet.

And printed in there was his name. 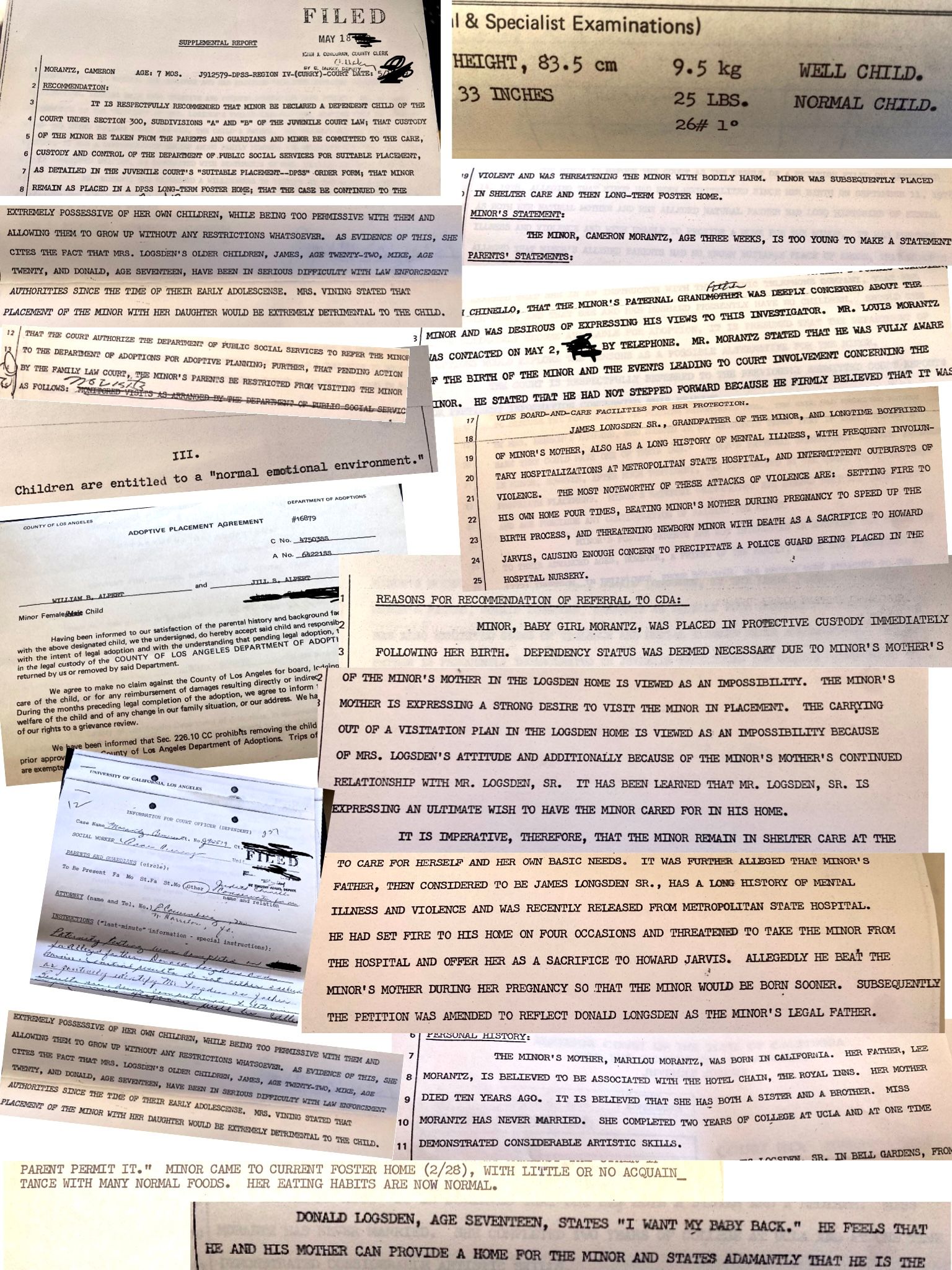 By now in my life my relationship and dreams were becoming a sinking ship and I starved deeply for something so much more and began to crave for it. Could it be that the missing pieces of me would lead me to finally being able to cultivate a family of my own one day?

It was the fall of 2015 when I was handed a new packet of me filled with addresses, numbers, and a few notes in it with more history. A private police investigator in the family of my soon to be once had been partner had taken the time to help me. Through my birth father’s social security number there had been an address attached to where a mail trail had been, which was about to give me a start in reconnaissance leading me to go ‘undercover in the field’ to find out more about him. The PI was nice enough to track all this down for me from the other side of the country with simply a name. I was amazed.

For a few months, I secretly roamed the area taking notes of observation at first, for I was not going to just enter a situation unprepared - especially one where everyone warned me to avoid in order to protect me. I researched the crimes, the arrests, the drug lines, I researched the gangs, the streets, and the ways of the world there. I took notes of the exit routes closest to the metro and planned a plausible way in. By this time my relationship had finally failed for certain and it was time for me to focus on creating something steady. I was now free, curious, and open....... finally I was ready.

Without a preconceived notion or plan at all, except finally able to present for each minute that was about to unfold right before my eyes, this new chapter would eventually turn into the most amazing moments of my life.

This was when I learned for the first time, that my birth father Don was actually still alive.

*
Homeless the Soundtrack - The Subjects

II. MEETING MY BIRTH FATHER
... pointed to a sleeping man on the ground, his belongings scattered about; a partially broken tent over his head and he said, "Here you go: this is Don, your biological father."
https://jennialpert.com/blogs/lineage-from-the-beginning/posts/meeting-my-birth-father